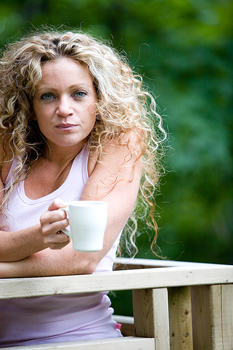 What is Trister up to with his Coffeeshop Millionaire?

(Update 2: Trister has relaunched this scene and is sending out emails again. Meaning he's working to milk more affiliate sales out of it. Nice new look. Same data. You'd be better off writing your own book and getting a book-package of your own sold on Clickbank. Maybe Trister would hype it for you...)

(Update: This product is officially a scam. See the Requiem Post. If you want to move on - as I have - check out Mike Dillard's Funded Proposal. It's more useful for building a real business online, especially if you want to work from home. And Dillard is still around...)

Overall, Anthony Trister's Coffee Shop Millionaire is a good bargain. isn't worth clicking on. is what you make of it. Buyer beware.

While there are high points of it, and I learned quite a bit, I'm not impressed with Internet Marketers in general. Trister and his Coffee Shop Millionaire didn't raise the bar for me as far as making money online. He instead opened my eyes to more of what goes on which is called "aggressive" marketing - and which is really just shy of scamming. This is a peek at the seedy underbelly behind these "Fantastic 7-Figure Releases!"

These marketers use the same emotional and psychological buttons as scammers, and all for the same short-term benefits. There are only a handful of these people who I have seen can actually keep a membership site running with continuing content right along. I think really that the guys over at Social Media Science have done the best job with this, and Howie Scwartz comes in a near second (closer to third, but I really don't know of anyone else who's done a decent job.)

There is perhaps Michael Campbell, who was smart enough to simply be honest and say that he couldn't service more than 250 clients and has closed down his other operations.  And there are others who run decent membership sites, but they don't do Internet Marketing.

Internet Marketers usually just run one-off operations, where they simply compile a group of people on a short project and then get as many sales as possible to "get 'r done." Sure, they may (as Anthony tells in his videos) offer the same product again - for a similarly short time - but generally Trister looks like he's gone from project to project and simply makes good income by creating these packages of affiliate-sponsored productions. He's not known for membership networks, which is what he's trying to sell here.

And if he hadn't over-hyped, over-promised on various points about this, I could consider that he's going to pull it off. But I've also watched his "underground" videos to know that there's some "aggressive" marketing going on.

Their general approach isn't to make a big release across the Internet, or even to build a brand of continuing materials - like Nightingale-Conant has done, or Laura Silva is doing in continuing her father's work. Of course the biggest continuing brands are in the self help arena, such as Bob Proctor. And he tells in his book "You Were Born Rich" how tough that industry is if you're in the least fake.

Trister cut his teeth on forex and other trading, so this is really his first entry into this area. And not a bad offering. But he's in with interesting bedfellows now.

And since I've been scammed more than once and wrote the book on how to get out from under, I am more than happy to get this material and learn what I can from it to improve my life, knowing that this material is never going to be life-changing. Could be, but won't be. Because they simply didn't go the extra mile, as Napoleon Hill recommends.

But I'm also from a very, very dedicated life working for little pay in the self-help and personal development fields, learning through hard knocks what life is all about. I've written my books about this and done my researches.

So if you were expecting more rah-rah about how great this Coffee Shop Millionaire system is,  well - you got the most of this earlier.

What I haven't seen is a lot of kept promises. I've heard some hype which hasn't panned out and can't be verified. I've seen a great collection of videos from several affiliates. And I have every right to expect that I'm going to have to be opting-out from several different lists I haven't heard of before. Because that's the nature of the beast. 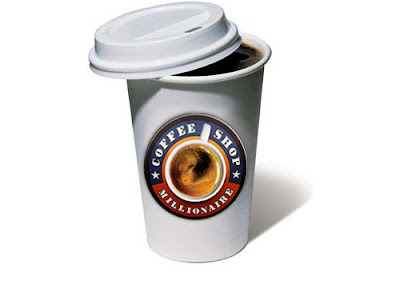 Their actual bottom line is that they think they are doing the world a favor with their marketing. And actually - only because the vast majority on this planet seem clueless - they're right. But it doesn't have to be this way. Anyone can wise up, get scam free, and re-program their mind  to live in the natural abundance and freedom which has always been there.

As for this subject, I wrote that book on honest Internet Marketing and haven't found anything in all this that has changed my mind or really improved on its basics. All these are just current techniques to pour the coal on what you already really want to do with your life. And the more passive income sources you can amass, the better off you will be.

By the time this post hits the fan, the release has been done and they've made their incredible amounts and are ready to move on. Unless there's some reason to revise this, it's now just a matter of them getting done with all they came to do and are now taking their just rewards in Brazil or somewhere and figuring out their next project.

The world continues to turn and 97% or more will get ready to plunk down another thousand or so for the Next Big Thing.  3% will make a decent profit off helping 1% get outrageously rich. 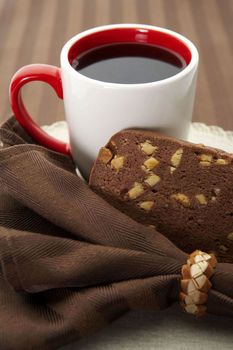 And for me, I've already started another study on the heels of this one. One last workover of what Internet Marketing is all about. This one is Howie Schwartz "Conversation Domination" - which is over-due for my personal review, even though Howie has moved onto his Black Hat project - he's still keeping going with his products and is able to make the markets give him his - due from keeping a tight finger on the pulse of Google and other search engines.

Somewhere between enduring a "day job" while you search for the next "breakthough" which will get your ship to come in, there's a middle ground.

For me, it's getting back to my T. Harv Eker recordings and converting my mind to its native millionaire status. And helping everyone I can to improve their lives into what they want it to be.

Between Trister, Heflin, and Schwartz, there's enough material to really make a very nice living with passive income from multiple, evergreen affiliate products. And yes, it could be working in coffeeshops anywhere - or simply sitting in my comfortable home office with all the chilled beverages I can stand. None of this is really hard when you put your mind to it. It does take knowing what's a scam and what isn't. How to make something work and what isn't worth your time investment.

Trister and his Coffee Shop Millionaire was worth everything I put into it. And I hope it was the same for you.

Beyond Trister is Market Samurai, Heflin's Synnd and Schwartz' "Conversation Domination". Somewhere in the middle of this is a very simple way to keep your top standings and lots of affiliate sales to keep you in all the Starbucks you could ever want.

PS. See this recent post where I do more of a tear-down of what you can expect from his recent site upgrades.
Posted by robertworstell at 2/17/2011