Why the Training in Coffee Shop Millionaire site seems worth it.

I'm pretty much scam-free after writing the book on this. And I'm not asking you to believe anything I say. As well, being raised in the Midwest, we have a phrase: "I'm from Missouri, and you are just going to have to show me." Put up or shut up, in short.

So when I plunk down my hard-earned cash for something which will make money online, you know I think it's worth the risk.

And I'm plunking this down one small step at a time. Because I've been here before - and am on the lookout for how these scenes can be made to operate.

What reasons I have for trusting this Andrew Trister - even though I've never met him - is that he's putting his own name on the line. If this is a failure, it will probably only take one more of these and he'll never be able to put his personal name on anything again. The places I've been before were where they had a front man, but his name really wasn't on anything - the scammers all hid behind a corporate name. So when they picked up and moved (either the money ran out, or the government and lawsuits caught up with them) they'd simply put up another corporate name and start over. I've actually seen reports where a sales floor call center was legally declared bankrupt but someone trying to contact that company just found another call center doing exactly the same thing from those phone lines under a different name.

When you put your own personal name on the line, you own the results. (This is what makes Presidents both hated and loved at the same time - lack of results you wanted.) But when a marketer puts his own name on something, it had better be good - because he's going to be affecting his income for the rest his life. (Or hers.)

You can look up any organization by just putting the word "scam" after it and will quickly find out who is running it. And their names are simply mud from that point on out.  (If you search for my name on the Internet, you'll find it all over the place - so I know what a brand is and what it reflects.)

I've been spending some hours looking up Andrew Trister, and finding mostly that he's been doing this type of thing for awhile. His latest big project of note was the "Arbitrage Conspiracy" - which was a big scene. And the worst comment I've been able to find was that someone was "still friends" with Trister, in spite of some un-named fallouts from that program. (Something to do with the inability to keep up with support issues.)

I don't see that this has the same level of problems with it. No, I didn't get involved with any of his earlier programs. This current program is really just pre-recorded lessons and some email support. That type of scene I have investigated thoroughly (as it's one of the more common scams out there - over subscribed and under-supported). But since Trister is not out-sourcing his support, this isn't the problem scammers have.

This Coffee Shop Millionaire is simply a microcosm of joint-venture list marketing.

The reason I'm getting involved in this is that the idea struck a chord. It seems to be a logical extension of what most people would love to have - certainly I would. Passive income and working your own hours without the demands of schedules, dress code, commuting, etc.

Research into this simply brings up the point of marketers co-joining to expand their lists and profits.

What is interesting in this one is that the release is about how to make a release happen. Essentially, one of the curtains has been drawn back to one degree or another. This is a fascinating opportunity to study this from the inside out. 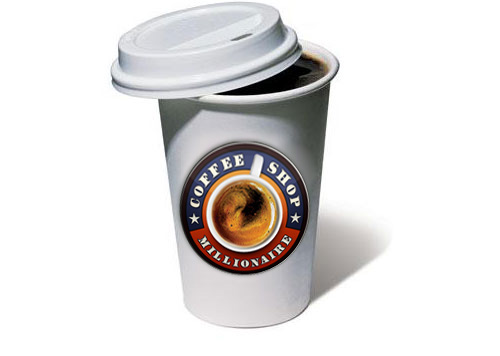 While I've bought my own access into this network, the bugs aren't out of the system itself right now. After all, we are actually in pre-pre-release. My own email for support was answered right after the weekend was over. And I'll be signing up for more later today.

Tomorrow I'll then give you some additional information about the quality and usefulness of the data.

As Trister points out in his video, these are mine to download and keep from that point on out. Plus he says he'll refund every penny if it doesn't work out.

That alone is quite different from the scammers I've had to deal with - who hid behind a 3-day clause in their state's statutes. While this sets up making a $47 monthly payment from there on out, that charge is right up front and you have to check that you understand it before you can sign up. Nice big letters, easy to read. A scam will set that in small print.

Tomorrow, I should have something for you that's more concrete.

While the release is still a couple weeks away, I wanted to give you some of this scoop ahead of time. You deserve to have factual reviews available to find your way around this offer - regardless of whether you take it or not. That's all part of being able to make your own choices.
Posted by robertworstell at 2/09/2011